Rum Lad #10
A comic diary of the Moloch / Savage Realm UK Tour 2016. Scroll down for preview and synopsis.

Pick one up from my etsy shop here. 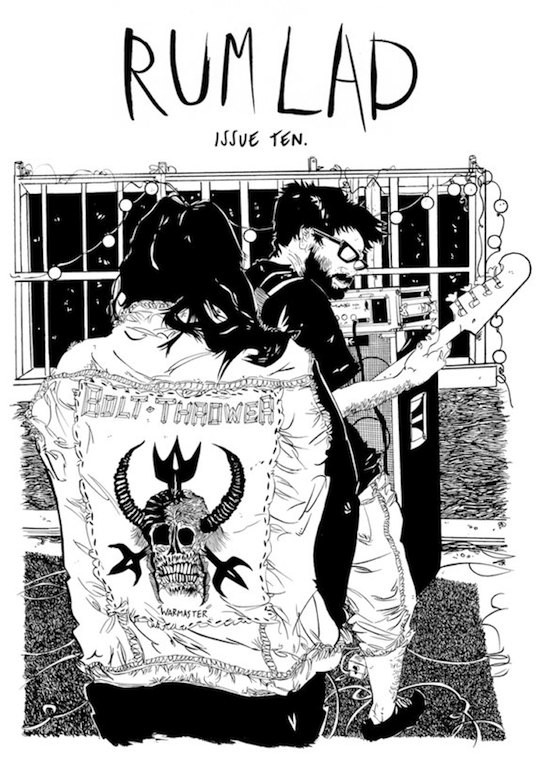 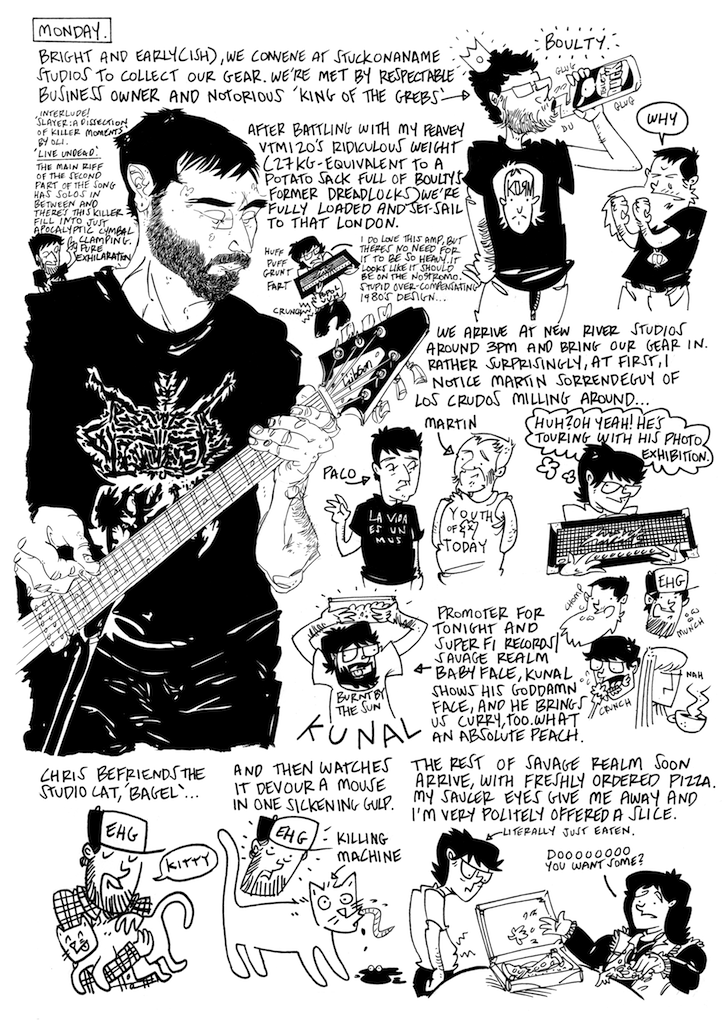 Savage Realm are a London based band that combine flying vees, speed picking, tombstone piledriver beatdowns and drop tuned battle riffs along with the spirit of Bolt Thrower's first demo to produce an unholy racket of pure death metal joy. They show no mercy and they're a bunch of bombay badlad babes.

Moloch's primary objective is to ruin everyone's night with a bass tone that has so much treble and distortion that it reduces humans to paste and a turbo brute behind the pots and pans who just won't give in until every snare is destroyed. Also the singer is a postman and the guitarist looks like an orphan they found ('iyaaaa).

Both bands are a bunch of goofs who managed to traipse up and down this soggy grey rock of an island and make some god damned noise in 5 cities during the August month of the year of our lord, 2016. This comic is a recollection of the journey. I love punk!